PARIS – We discovered Iranian photojournalist Maryam Ashrafi in 2016 thanks to her photo exhibition honouring Kurdish women fighters from Rojava, Syria, and Qandil ( in Kurdistan of Iraq). Maryam Ashrafi will reunite with her audience with a photo book about Kurdish women fighters (although there are some portraits of men in the book) and Yezidi women that she met during numerous trips to Rojava and Kurdistan of Iraq between 2012 and 2017.

Rising Among Ruins, Dancing Amid Bullets 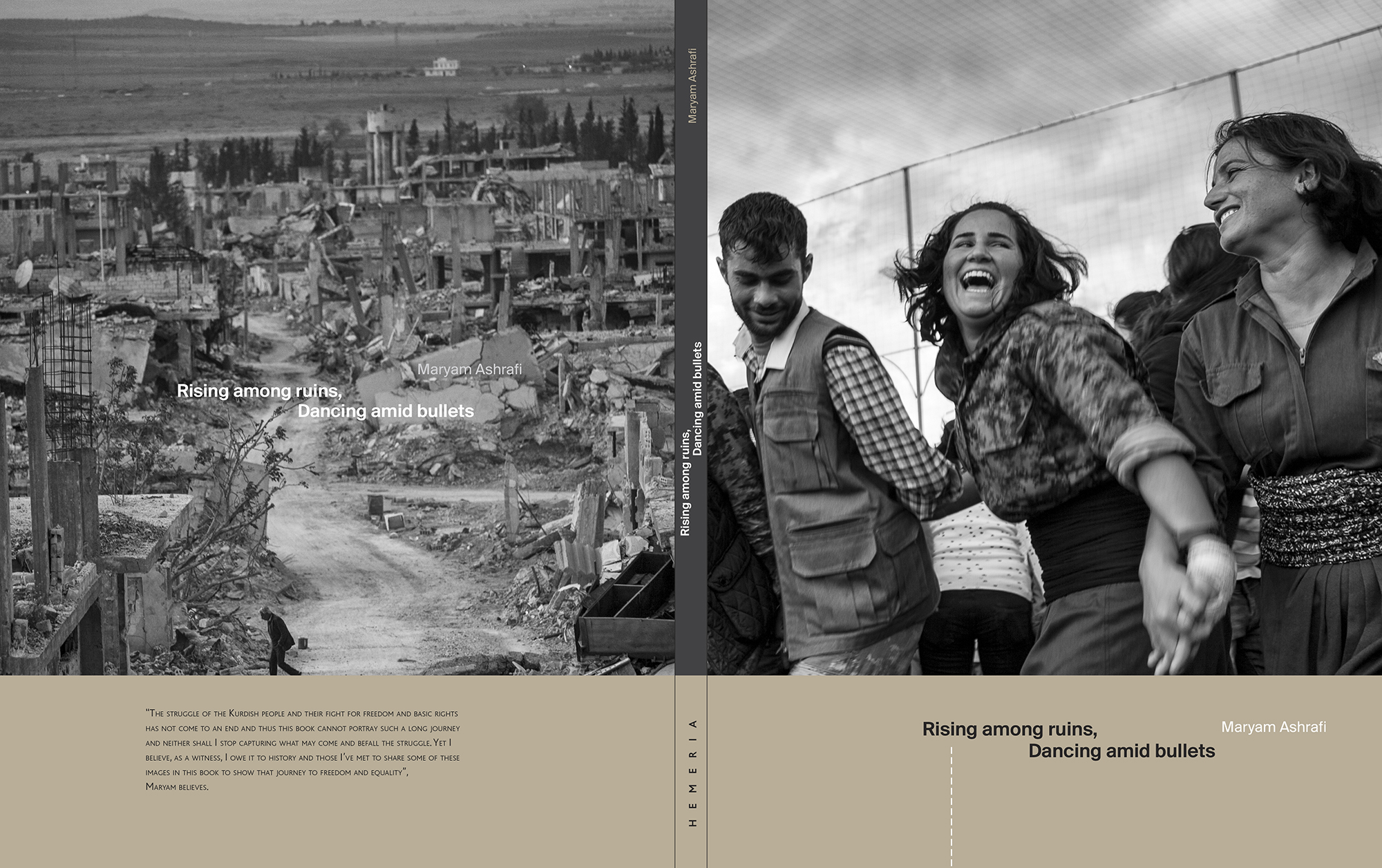 cover of the book

Maryam Ashrafi’s 2016 Paris exhibition was entitled « Rising Among Ruins, Dancing Amid Bullets ». Ashrafi has chosen to use the same title for her upcoming photo book, to be published in spring of 2021, if her participatory fundraising campaign raises the money needed to publish the book, which will be edited by the Hemeria publishing house, specialises in photo books.
The struggle for women’s emancipation in 4 parts of Kurdistan
During her numerous trips to Syrian and Iraqi Kurdistan, Maryam Ashrafi was able to meet women fighters of the PKK in Qandil (2012-13), those of the Kurdish armed parties of Iran, KOMALA and PDK-I based in Bashur, those of the YPJ in Rojava between 2015 and 2017 and the Yezidi women fighters in Sinjar, (2016). In addition to Kurdish women fighters, Ashrafi also met with Yezidi women who survived the genocide committed by ISIS in Sinjar in 2014.
Although the Kurdish liberation struggle is led by both men and women, Ashrafi preferred to focus mainly on Kurdish women fighters. Moreover, knowing that Kurdish women are fighting both for their freedom as a nation, but also as women to free themselves from the patriarchal Kurdish society, one can only congratulate Ashrafi for this wise choice. Indeed, Kurdish women are fighting on the liberation front to end the colonialism of Kurdistan, but also on the feminist front to get rid of the patriarchy that is well rooted in traditional Kurdish society.
Call for participation in financing Maryam Ashrafi’s photo book
In the book « Rising Among Ruins, Dancing Amid Bullets », you will admire 400 black and white photos printed on 300 pages, accompanied by texts of the journalist Allan Kaval, who recently received the Albert-Londres Prize for his report in Rojava, academic Kamran Matin, Carol Mann, a sociologist specialising in gender issues in armed conflict, and Mylène Sauloy, who has been documenting the war in Kurdistan and the Rojava for many years. Through their texts, Kaval, Matin, Mann and Sauloy will remind the public of the political and military situation in Rojava and the progress made for women’s rights within a revolution that claims to be feminist. « Rising from the ruins, dancing between the bullets » is an exceptional photo book that you can support by participating in the fundraising campaign launched by Maryam Ashrafi’s publishing house. In return, you can benefit from a special price for the purchase of the book.
For those who would like to financially support Maryam Ashrafi’s book, here is the link to the crowdfunding campaign (participative financing), with all the useful information concerning the price, the release date and the discount offered to the participants of the crowdfunding campaign:
« Rising Among Ruins, Dancing Amid Bullets is a photographic project I have been working on since 2012 in Iraqi and Syrian Kurdistan, to bear witness to the consequences of war, namely to the lives of civilians returning to their homes after their cities are liberated, as well as to the daily life of the fighters behind the front lines while emphasizing the role of women in their ranks. » — Maryam Ashrafi
Only with your help and support, we will be able to print this book and make it happen.
I have chosen to stay behind the front lines and observe what is happening in these “grey” areas of war, with the aim to share the daily life of the soldiers and those who continue to live in the ruins, despite the reality of their predicament.

It is from this context that emotions and sensations arise, in simple gestures, poses, joyful dances and moments of intimacy. I wanted to make people forget my presence so that only the truth of the struggle and resilience of people remained.

Photos in the book are supported by texts from Allan Kaval, (Journalist for Le Monde Newspaper), Kamran Matin, (Associate professor of International Relations at Sussex University), Carol Mann, (Sociologist and specialist in gender issues and armed conflicts, associate researcher at the University of Paris 8 and director of the Women in War association), Mylène Sauloy, who has documented the conflict in four different parts of Kurdistan, notably since 1998 in Rojava, with films, articles, exhibitions and a soon to be published graphic novel on Kurdish women in war.

Maryam Ashrafi is a social documentary photographer who believes in long-term projects. Her work puts a face on a widely commented war that remains distant and by the West primarily perceived in terms of the number of refugees. Maryam documents the war in her own way, stressing its complexities and the effective construction of a new social model based on equality, with women occupying the same roles as men, contrary to the status quo in their part of the world. That is why, over the years, she has returned to the same places, to show the unique power of people’s resilience and will to live and seek change, and it is her conviction that documenting conflicts and the consequences of war is vital for the provision of evidence and testimony necessary to be seen and known in the future.

“The struggle of the Kurdish people and their fight for freedom and fundamental rights have not come to an end, and therefore this book cannot portray all of their journeys, nor shall I stop documenting what is still to come. Yet I believe, as a witness, I owe it to history and to those I have met for sharing some of these images in this book to show part of their journey to freedom and equality” — Maryam Ashrafi.

Why did I choose Hemeria?

The Hemeria crowdfunding platform is dedicated to photography and allows photographers to self publish and finance the production costs of the books it produces for them. Hemeria guarantees excellence in the reproduction of images while favouring a fair remuneration for the work of photographers who also benefit from visibility in bookstores across France and internationally.
Hemeria also supports me by promoting my work and helps me to get it exhibited in photo festivals aiming to reach a wider audience. 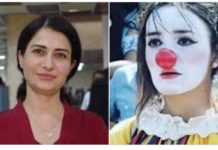 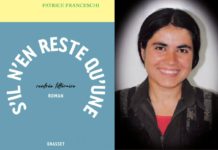 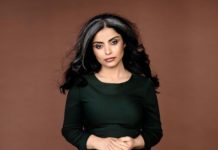