A new political assassination targeting Kurds in France and in Europe ? 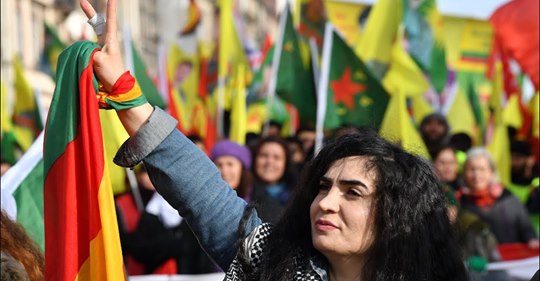 Members of Kurdistan au Féminin are under death threats from Turkish intelligence!

Turkish intelligence agents (Millî İstihbarat Teşkilatı – MIT) were able to infiltrate the Facebook page of Kurdistan au Féminin and managed to get the private information of the members of the women’s collective who manage the page. The lives of these women are in danger.

Towards a new political assassination targeting Kurds in France and in Europe ?

On 9 January 2013, Kurdish activists Sakine Cansiz, Fidan Dogan and Leyla Saylemez were executed in Paris by Turkish intelligence. Seven years later, French justice has still not shed any light on this triple political murder because obviously, state interests take precedence over the lives of Kurds, but other Kurdish women are today threatened with death by Turkish intelligence.

On Tuesday 14 April, a fake account contacted us on our Facebook page, posing as a doctor of Kurdish origin. He managed to get the phone number of one of the members of the collective, while blocking other members of Kurdistan au féminin on Facebook! He also changed the settings of our messaging system, so that only one of our members could reply to him. (We realised this this morning when we talked amongst ourselves.)

Why does the Turkish MIT wants to eliminate the members of Kurdistan au Féminin ?

We, the members of the Kurdistan au féminin collective, have committed the crime of informing international public opinion of what the Kurds are suffering as injustices, massacres etc. on their lands by the colonialist states, including Turkey, which are occupying Kurdistan. So, in order to prevent us from showing solidarity with the Kurds or denouncing Turkey’s crimes against the Kurds, Turkey wants to silence us by all means.

In 5 years of presence on Facebook, we have received many death threats etc. on social networks. But knowing that we were doing nothing wrong, apart from telling the truth, we have continued our activism. Without going into too much detail, the man who contacted our collective via email managed to get the number of our comrade « Keça Benav » who is in France and called him with a hidden number last night. He also tried to get a picture of her and private information about her. She had previously told him that she knew she was threatened and that’s why she refused to give any private information!

Now, at this time, the hacker(s) behind this action are probably stealing all our information about us and our contacts etc.

While waiting to find the technical means to this hacking, we are in danger of physical death. This is why, we call you to share this article en masse to challenge public opinion and the French and European authorities because our members are located in several European countries. Without you, we fear that the French authorities are unable or unwilling to protect us, worse than they would pay for our lives for their own state interests with Turkey. The example of the triple murder in Paris in 2013 is a perfect example of this!

One last thing: we knew from the first day we were on the social networks that our activism would probably cost us our lives. In spite of that, we continued and will continue to do so until our last breath. We are Kurdish phoenixes, we rise from our ashes every time our enemies think they’ve finished us off forever!

Have a nice day, waiting for the revenge of the vanquished!